PlayStation Plus Extra will launch in June 2022 as a new subscription gaming library, including up to 400 PS4 and PS5 games. Here’s what we’d like to see.

By Justin Melillo and Thomas Harrison-Lord

A new, tiered subscription model will replace the current PlayStation Plus and PlayStation Now programs currently offered by Sony starting in June. Three tiers of the new PlayStation Plus – Essential, Extra, and Premium – will not only incorporate the previous services but also bring new perks of membership to the program.

Finally, the PlayStation Premium gives players the Essential and Extra tiers and then some. Up to 340 original PlayStation, PlayStation 2, PlayStation 3 and PlayStation Portable (PSP) titles can be downloaded or streamed, depending on the title. Games can also be streamed on PS4, PS5, or even PC.

The Premium tier also offers “time-limited game trials” to allow customers a chance to try before they buy.

Pricing can be found in the chart below:

From the announcement, the ‘PlayStation Now’ service is said to be “transitioning into the new PlayStation Plus offering and will no longer be available as a standalone service”. If you have PlayStation Now, you’ll be brought into the Premium tier, and you will not have an increase in your subscription fees at launch.

This is all well and good, but the included games will be the service’s key to success.

The only confirmed titles so far for the ‘Extra’ tier are Death Stranding, God of War, Marvel’s Spider-Man, Marvel’s Spider-Man: Miles Morales, Mortal Kombat 11 and Returnal. Therefore, it’s far too early to judge if the new PlayStation Plus structure will attract an audience or not.

Returnal, though, for example, is a recent PlayStation 5 exclusive that would not have appeared on the current incarnation of the subscription service any time soon.

It provides hope for the rest of the line-up. With that being said, we wouldn’t expect Gran Turismo 7 to be there from launch. In addition, with the PlayStation, PS2, PSP and streaming PS3 titles part of the PlayStation Plus Premium tier only, we’ll cover those in a separate article.

Considering these factors, here are 10 great racing games across PS4 and PS5 we’d like to see on PlayStation Plus Extra. We believe each is a realistic addition, so we’re not reaching for the moon and only making it to Glasgow. Let us know what you’d like to see in the comments below.

Critically acclaimed, fun to drive and visually stunning, Hot Wheels Unleashed is exactly the sort of great racing game that deserves your attention. Crucially, it was profitable from only its second day in existence, has sold over one million copies and is currently part-way through its second of three downloadable content seasons.

With the game easily in the black, and more downloadable content sales now a clear goal, adding Unleashed onto a subscription service at this point not only delivers an engaging, accessible, racing game to players, but also helps build a larger potential DLC-purchasing audience.

The official game of the FIA World Rally Championship features point-to-point driving against the clock, a slew of real-world drivers, teams and stages plus some of the sweetest rally-game handling to ever exist.

The audio is weaker than a jellyfish and the graphical fidelity can leave a lot to be desired. But, plug in a wheel, get in the flow, soak up an edge-of-the-seat driving experience.

Crucially, WRC 10 was revealed to the world in April of 2021, so this current game is nearing the end of its relevant shelf life. In addition, the 2022 WRC game will be developer Kylotonn’s last. What better way of building hype for the upcoming new game, that hopefully bows out on a high, than by including the 10th instalment with PlayStation Plus Extra?

With Gran Turismo 7 out in the wild and delivering some of the best vehicle handling, weather condition and visual experiences in the genre – and hopefully some improved lobbies and in-game economy soon – the previous incumbent, GT Sport, has to this day never appeared on PlayStation Plus.

Which is slightly odd. But now this could be an interesting way of getting people into Gran Turismo, whetting their appetite and upselling them to 7.

The only catch is that GT Sport lacks a comprehensive single-player experience and the superlative Sport Mode seems to be lacking updates since earlier this month. Funny that…

Don’t sleep on this unique take on a sideways driving experience. Inertial Drift, created by the diminutive team at Belfast-based Level 91 Entertainment was recently reinvigorated with a spate of revised car models and a new game mode, with more content hopefully coming in 2022.

Not only does it drive like nothing else due to its use of both analogue sticks, but it also looks unique too with its neon lights and JDM-inspired vehicles.

All of these updates so far have been free additions. What the plan is for the rest of the year remains unclear, but either way, adding it to Plus Extra – that’s still a weird name – will hopefully shine a light on one of the most underrated racers around.

With the motorcycle development teams at Milestone currently hard at work on the upcoming MotoGP 22 and alleged WorldSBK, now is a good time to revisit Ride 4.

Predominately road motorcycle-based – but with some superbike racing models – its transition from PS4 to PS5 was spectacular with best-in-class graphics, loading times quicker than Usain Bolt after a double-shot latte an extensive career mode. There’s also an optional Season Pass of additional bikes.

It was the culmination of six years of work, starting with the original Ride game in 2015, finally polishing the title to the point where it achieved its intended goal of being ‘the Gran Turismo of two wheels’.

Low-key, Ride 4 is also a showcase for PS5 ownership and an essential racing game that’s regularly reduced in sales. The time is right.

Another official game of a real-world series, the Superstar Racing Experience was a brand-new stock car race series that brought together current and former motorsport stars and this was, funnily enough, the matching game.

It doesn’t reinvent the wheel and is using some aged technology beneath the skin – Unity for a racing game is always a risk – but that doesn’t mean it can’t be simple fun. There are even additional classes to flesh out the gaming experience.

Created by Monster Games, the studio was purchased by PC sim racing platform iRacing earlier this year. We fully appreciate that giving stuff away for free or a nominal fee from Sony isn’t a solid business model for most studios, but if iRacing would like to see its recent acquisition in the hands of more players ahead of future plans, perhaps a timely inclusion of the PS4 and PS5 version here would help.

You can probably guess the theme of many of our suggestions by this point. Gaming subscriptions can pay handsomely, and by that, we mean Microsoft is willing to pay gargantuan fees to build its user base. But PlayStation Plus Extra doesn’t seem like it will have many day and date new releases – at present.

With this in mind, our suggestions are for good games that perhaps deserve more limelight and have sequels or new content soon.

Enter Redout, the best anti-gravity racing game since F-Zero and WipE′out defined the sub-genre. And guess what? There’s a sequel on the way later in 2022.

But also, Redout is criminally overlooked, and we hope if it was to be a launch game on a subscriptions service more people will be able to enjoy 34BigThings opus to racing around in the future.

Would you like to know what was the sixth best-selling game for PS4 via the PlayStation Store in 2021? We’ll give you a clue… it was The Crew 2.

The open-world racing game that hinges around a giant USA map and always-online gameplay continues to be popular and ignored by the majority of mainstream gaming outlets. New content drops on a regular basis, and its business model seems to be reliant on the free, or optional paid, Motorpass system.

The vehicle handling is vague at best, but the core gameplay has its hooks, and without an open-world racing game of note exclusively on PlayStation to rival Forza Horizon 5, this is as close as you can get at present as a PS4 or PS5 owner. There’s also set to be a 60fps upgrade on the way too.

The Omega Collection is a bit of a strange one. Undoubtedly brilliant in almost every respect, it’s also a rehash of WipE′out HD and its Fury expansion from PS3 combined with WipE′out 2048 on the PS Vita. It’s worth remembering, that WipE′out HD included content from the PSP’s WipE′out Pure and WipE′out Pulse.

This can then be played on PS VR and via backwards compatibility on PS5. So, in 2022, you’ll be playing hotted up versions of PSP content. Still, it’s brilliant and we can all but long for a full PS5-exclusive sequel. It has appeared on PlayStation Plus before, but this was way back in 2019. It’s time for this gem to be part of a sustained library.

As much as we love the PS5 version of Wreckfest, this was already on PlayStation Plus in May 2021. More fool you if you missed it. Sorry.

A spiritual successor to Burnout, created by some of those who created the Criterion Games’ series, it harked back to the earlier days of the venerated series, less the open-world and connect gameplay.

A sequel is said to have been in development, but sadly looks to be in a challenging situation. A reveal was scheduled for 2021, but things have gone deathly silent ever since. If there’s a small cash boost for the team by adding Dangerous Driving to PlayStation Plus Extra, in turn helping fund the next game, then please let it be so. 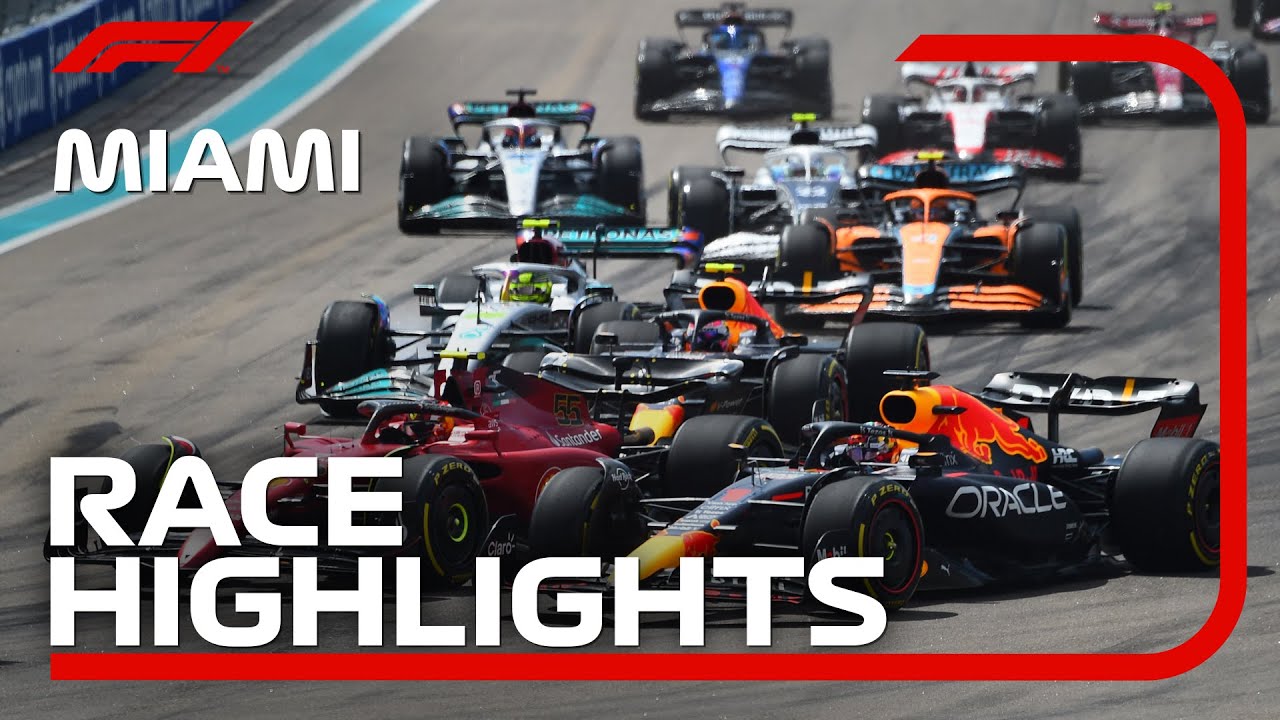 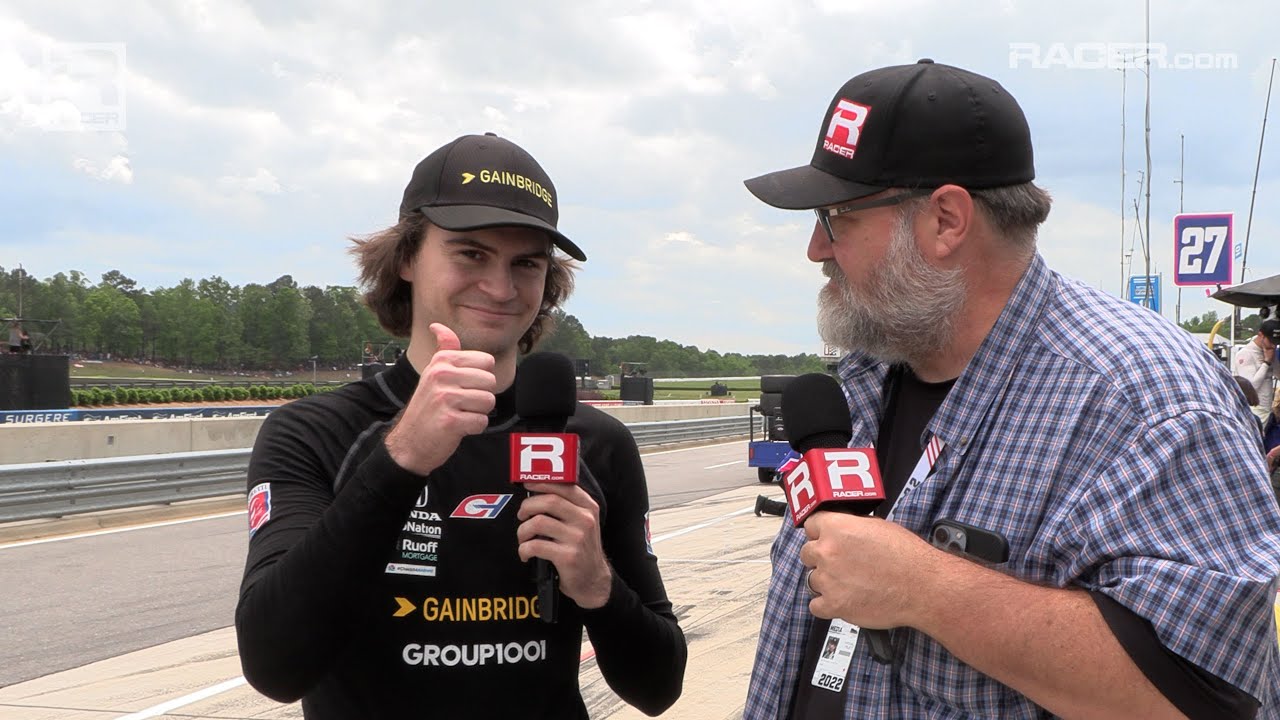 March 28, 2022 No Comments
Read More »
We use cookies on our website to give you the most relevant experience by remembering your preferences and repeat visits. By clicking “Accept All”, you consent to the use of ALL the cookies. However, you may visit "Cookie Settings" to provide a controlled consent.
Cookie SettingsAccept All
Manage consent

This website uses cookies to improve your experience while you navigate through the website. Out of these, the cookies that are categorized as necessary are stored on your browser as they are essential for the working of basic functionalities of the website. We also use third-party cookies that help us analyze and understand how you use this website. These cookies will be stored in your browser only with your consent. You also have the option to opt-out of these cookies. But opting out of some of these cookies may affect your browsing experience.
Necessary Always Enabled
Necessary cookies are absolutely essential for the website to function properly. These cookies ensure basic functionalities and security features of the website, anonymously.
Functional
Functional cookies help to perform certain functionalities like sharing the content of the website on social media platforms, collect feedbacks, and other third-party features.
Performance
Performance cookies are used to understand and analyze the key performance indexes of the website which helps in delivering a better user experience for the visitors.
Analytics
Analytical cookies are used to understand how visitors interact with the website. These cookies help provide information on metrics the number of visitors, bounce rate, traffic source, etc.
Advertisement
Advertisement cookies are used to provide visitors with relevant ads and marketing campaigns. These cookies track visitors across websites and collect information to provide customized ads.
Others
Other uncategorized cookies are those that are being analyzed and have not been classified into a category as yet.
SAVE & ACCEPT
Scroll to Top
Scroll to Top
Cookie Consent Banner by Real Cookie Banner